About the Firm: Larry T McMillan 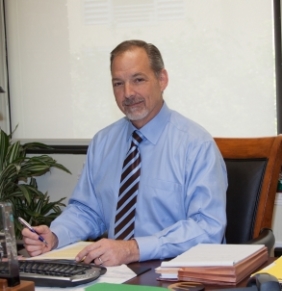 Larry Thomas McMillan is a native Floridian who was born and raised in South Miami-Dade County. Mr. McMillan is married and has four children. He is one of the founding partners of Donet, McMillan & Trontz, P.A. His primary area of practice involves the defense of individuals and corporations under criminal investigation or pending charges. As a criminal lawyer, Mr. McMillan has extensive criminal trial experience in both state and federal court representing clients charged with drug trafficking, drug possession, RICO, insurance fraud, sexual battery and other violent crimes, such as, murder, manslaughter, aggravated assault and aggravated battery.

Mr. McMillan's reputation as an outstanding criminal defense lawyer was immediately established in one of the first cases he defended. Mr. McMillan and his partner, David Trontz, obtained a not-guilty verdict (acquittal) in a case where the jury deliberated less than one hour. That acquittal has been followed by numerous other successful defenses. In several cases, after thorough investigation and research, Mr. McMillan has successfully convinced prosecutors to dismiss and/or reduce criminal charges against his clients. Mr. McMillan has vast experience representing clients in both state and federal court.

Mr. McMillan has been awarded the AV Rating by Martindale-Hubbell's leading legal rating service. Martindale-Hubbell is the facilitator of a peer review process that rates lawyers. The AV rating is the highest accolade in Martindale Hubbell's grading service and is awarded as a result of an extensive and confidential review conducted among legal professionals. The rating reflects the confidential opinions of members of the Bar and the Judiciary. This rating signifies that Mr. McMillan's legal abilities as a criminal defense lawyer are "Very High to Preeminent" and that his professional ethics are "Very High."

Fellow criminal attorneys in the State of Florida consistently choose Mr. McMillan for Florida Trend's Florida Legal Elite. Only the top 2% of practicing Florida lawyers have been distinguished with this honor. In electing Mr. McMillan as a Legal Elite criminal attorney throughout Florida, fellow criminal defense lawyers or attorneys have recognized Mr. McMillan's exceptional legal skills and his reputation as a tireless criminal defense advocate for his client's rights.

Fellow criminal defense lawyers throughout the State of Florida have also selected Mr. McMillan as one of the Superlawyers in the area of criminal defense work. For more detailed information regarding this distinguished award, please visit www.superlawyers.com.

He is admitted to practice in all Florida State Courts, the United States Supreme Court, United States Court of Appeals for the Eleventh Circuit and United States District Court for the Southern, Middle and Northern Districts of Florida.